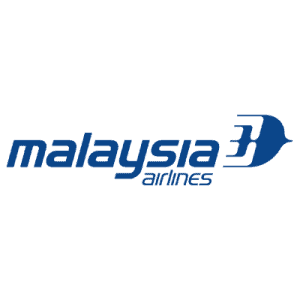 Malaysia Airlines is the national carrier of Malaysia, offering the best way to fly to, from and around Malaysia. Malaysia Airlines carries up to 40,000 guests daily on memorable journeys inspired by Malaysia’s diverse richness. Malaysia Airlines embodies the incredible diversity of Malaysia, capturing its rich traditions, cultures and cuisines via its inimitable Malaysian Hospitality across all customer touch points. Since September 2015, the airline has been owned and operated by Malaysia Airlines Berhad. It is part of the Malaysia Aviation Group (MAG), a global aviation organisation that comprises of different aviation business portfolios aimed at serving Malaysian air travel needs. As a member of the oneworld Alliance, Malaysia Airlines offers superior connectivity with seamless journeys to as many as 1,000 destinations to more than 170 territories, and access to over 650 airport lounges worldwide

Malaysia Airlines is the flag carrier of Malaysia and a member of the oneworld airline alliance. The company, Malaysia Airlines Berhad when Malaysian Airline System and subsequently ceased operations on August .

The airline began as Malayan Airways Limited, and flew its first commercial flight in . In Malaysian Airline System (MAS).